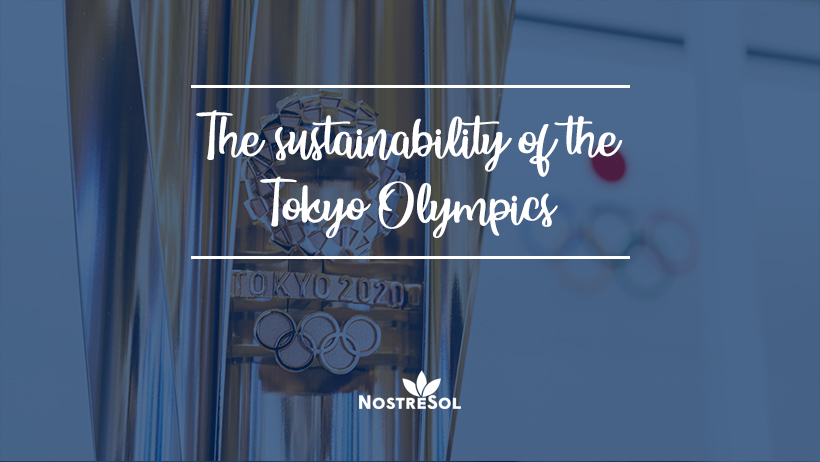 The sustainability of the Tokyo Olympics

Despite being held in 2021, these Olympic Games are called the Tokyo 2020 Olympics, because we have had to wait a year for the pandemic situation to improve before we can enjoy the competition. As it should be, the focus this year has been on sustainability in all aspects of the Games. In fact, the Organising Committee has summarised the concept of sustainability under the slogan "Being better, together - For the planet and the people" and in this blog post we will tell you about the main measures that have been taken.

The goal with regard to the climate change issue is to work towards carbon neutrality. In this context, the Japanese have focused as much as possible on energy saving and the use of renewable energies.

In this area, the aim has been not to waste. Responsible production reduces both the environmental impact of extracting raw materials to produce them and their subsequent management once they have been consumed.

Some of the most newsworthy sustainability measures include the following:

Despite being the most sustainable Olympic Games in history, the Tokyo 2020 Olympics will leave a significant carbon footprint on the planet. It is estimated that 1.5 million tonnes of CO2 will be emitted due to the construction and renovation of infrastructure, a figure that would increase by 340,000 tonnes of CO2 per day, according to the organisers, if the public were allowed to attend. For the Paris 2024 Olympic Games even more hopeful targets have been set, we will see what happens in the end.