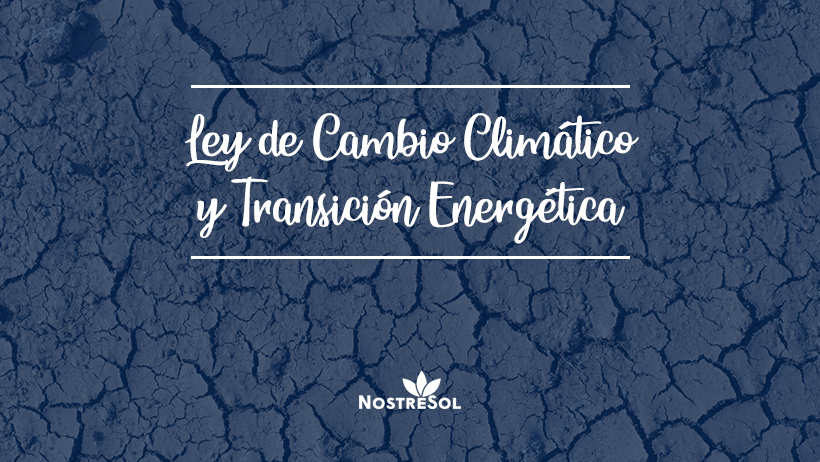 On April 8, the Congress of Deputies passed the Climate Change and Energy Transition Act. If the Senate decides not to include amendments, the law should be definitively passed throughout this month.

The objective of this standard is to help Spain meet its international commitments in the fight against climate change to achieve "before 2050" the so-called "climate neutrality" whose concept refers to the idea that net greenhouse gas emissions are balanced and equal (or lower) to those eliminated through the natural absorption of the planet.

Goals for 2030. Although the project is by 2050, there are some goals that over the decade must have been met. These objectives are set out in the SDGs (Sustainable Development Goals). These are the main objectives set out in the Act for 2030:

In 2019, the last year of which there are official data, almost 30% of Spain's greenhouse gas emissions came from the transport sector – and largely from road transport. As a result, it is intended to accompany the trend of change in mobility that is already taking place in society and the industrial sector towards the electric vehicle, fundamentally. The main objective in this regard is to eliminate from circulation all passenger cars and light commercial vehicles with direct CO2 emissions by 2050. In addition to other measures, it is established that new vehicles will not be sold from 2040 on the basis of 2040.

The electricity sector currently accounts for just under 14% of the country's greenhouse emissions. Thanks to the gradual closure of coal-fired power plants and the increase in the deployment of renewables, the sector is emitting less and less of these gases. But it takes a lot more. The law envisages doubling the share of renewables of electricity generation in Spain by 2030 to 74%. And it sets a target for 2050 for 100% of electricity generation to be renewable.

The law aims to channel European funds from the recovery plan also in terms of building and energy efficiency. Here are some of the measures envisaged:

The law includes several sections on climate change adaptation. There are certain impacts of warming that can no longer be reversed, so the standard lays down measures related to this issue and the protection of biodiversity.

In Nostresol we take into account the 2030 targets, those of 2050 and all those proposed to improve our planet. Are you joining?

« Which are the advantages of solar panels?